I am participating in a training session aimed to helping academics make better use of social media as I write this post. The workshop has just started by exploring why social media are important and why action is needed.


16.50 - Just finished my brief contribution to this workshop. I emphasised the 'war of visibility' that academics and institutions face given the number of users & content being generated. Social media is a good way to establish a presence in the web, and more specifically among specific social groups. It allows you to come earlier in search engines, and maintain 'non-invasive' communication with my 'publics'. I explained that I use blogs, academic, facebook and linked in because that's what suits me.


17.10 - One colleague asked whether using social media has a good return on investment... Dimitrios Buhalis answered that using social media need not to take too much time. I added that many times I simply post a link to a paper (2 minutes), or write a report for the university on the conference I attended, which I 'recycle' and post on my blog.


1. start with the right strategy


5. integrate into your marketing mix


17.30 - As the purpose was to instill action, the workshop is continuing by covering each of the steps academics should undertake:


3) publicise through different channels: create networks of academics (you advertise each others work), use media selectively (e.g. twitter is about 'now', blogs are picked up by search engines and are a good planform for ensuring its content is accessible for a long time)


The practical side of the workshop involved exploring how social media works. For this purpose, Dimitrios just posted about an IFITT event in a number of pages on facebook. In a few minutes, it was tweeted, facebook friends read about it and liked it. Some shared it with their friends. Social media played its role again.
Posted by Miguel at 16:14 1 comment:

Award of a Santander Research Grant

In January I received the good news that I was awarded a Santander Research Grant. The £5000 grant will support my research project on "The internationalisation of the Brazilian tourism, hospitality and events (THE) research: Barriers and opportunities to publishing in international (English language) journals". As part of the project, I will travel to Brazil to collect data in April and in July. In the April trip, the plan is to visit the following universities:
.
2 & 3 April - Univ. Federal de Juiz de Fora (Juiz de Fora, Minas Gerais)
9 & 10 April - Univ. Federal Fluminente (Niteroi, Rio de Janeiro)
11 & 12 April - Univ. Federal do Rio Grande do Norte (Natal, Rio Grande do Norte)
16, 17 & 18 April - Univ. de São Paulo & Univ. Anhembi Morumbi (São Paulo)
19 & 20 April - UNIVALI - Univ. do Vale do Itajai (Balneario Camboriu, Santa Catarina)
.
In addition to interviewing tourism researchers, I will also be delivering guest lectures at some of these universities. As you can see, a pretty busy schedule!
.
Below you can find more information about the research project: rationale, aim + objectives and methods.

A few weeks ago I have posted about (Ray) Holden publishing and their conference organisation practice. Well, they are at it again (see message below). Now the conference is not about future cities but "Progressive cities". The rest of the promotional message is pretty much the same. Interestingly, there are two 'glitches' in this call. First, they forgot to update the main text to match with the heading, which still features 'future cities'; Second, they look forward to see you in May (but the conferences are in June!).
After posting the message I received a couple of emails from people who have been affected by this organisation: one from a person who also paid for the non-existent conference and did not manage to recover the moneys paid, and one from what it looked like was a supplier who had been affected by the organisation.
When I posted in January, the website was not available. They now have a brand new one. Have a look at it yourself! http://holdenresearch.co.uk/
***********************************************
Progressive Cities
Conference 18 and 19 June 2012 Oxford
Failing Cities Conference 20 and 21 June 2012 Oxford

In June 2012 we will be holding two important conferences concerning urban planning, urban geography and neighbourhood renewal entitled Future Cities and Failing Cities. Both will take place at Oxford. Both events are 2 day events and the cost to attend each event is GB 250 plus VAT per person for delegates and speakers. To have a display space at the event the cost is GB 600 plus VAT for both events in total. All papers presented at both events will be available after the event in a Conference booklet for all delegates and speakers. Student researchers receive a discount of 50%. All attendees at the event will receive conference papers and refreshments during the event.

To register for the event, as a delegate, speaker to submit a paper, for delegate inserts or a display space please email here. Details of the event can be found here http://holdenresearch.co.uk/

Themes for the conferences include:

With kind regards and we look forward to seeing you in May 2012. 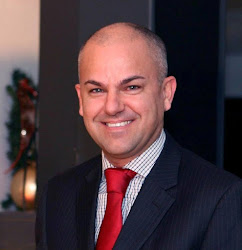 Miguel
I am a Principal Academic in Events Management in the Department of Events & Leisure, Faculty of Management, Bournemouth University, UK. I currently lecture on the BA Events Management, MSc Events Management and MSc Events Marketing. I have completed my BA in Tour Operating Management and PG Dip in Tourism Management in Portugal, where I also worked in higher education for 10 years before I joined BU. I have completed my PhD with a thesis on the adoption of e-commerce in the purchasing of leisure travel by consumers, which was sponsored by the Portuguese Tourism Board. My current areas of research interest include the consumer behaviour & experience of leisure, tourism and events and tourism marketing and management. I have published in a number of journals, including Tourism Management, the International Journal of Contemporary Hospitality Management, The Service Industries Journal and Tourism & Hospitality Planning and Development. I have also presented more than 20 papers in international conferences. The views expressed in his blog are my own and not those of Bournemouth University.